The Spiritual Care Association (SCA) is the first multidisciplinary, international professional membership association for spiritual care providers that establishes evidence-based quality indicators, scope of practice, and a knowledge base for spiritual care.

SCA is leading the way to educate, certify, credential and advocate so that more people in need, regardless of religion, beliefs or cultural identification, receive effective spiritual care in all types of institutional and community settings in the U.S. and internationally. SCA is committed to serving its multidisciplinary membership and growing the chaplaincy profession.

The nonprofit SCA is an affiliate of HealthCare Chaplaincy NetworkTM (HCCN), a health care nonprofit organization founded in 1961 that offers spiritual-related information and resources, and professional chaplaincy services in hospitals, other health care settings, and online.

As a lead-up to the establishment of SCA and to transform the field, HCCN released in 2016 and revised in 2021 evidence-based quality indicators and evidence-based scope of practice.

SCA was launched on Monday, April 11, 2016 during the annual Caring for the Human Spirit Conference in San Diego, CA. Within one-year, SCA quickly grew to a membership of over 1,300 professionals.

Click here to watch the video of the SCA Announcement by SCA’s President & CEO.

The Demand for Outcomes

“Health care in industrialized countries is increasingly focused on outcomes (Department of Health, 2013)…Whereas chaplains have generally been exempt from this economic focus, increasingly the value of chaplaincy care is being evaluated on these criteria.”

The Demand for Spiritual Care

“When we touch on the essence of humanity at our core – the very spirit that accompanies the body in each care encounter, we reveal boundless opportunities to positively impact the overall health of each individual and the communities we serve.

The Demand for New Methods for Professional Education and Certification

The Demand for a New Professional Spiritual Care Membership Organization

“The current system in professional chaplaincy is not sustainable, and we must develop and embrace a different mode…Without an empirical base that validates the outcomes of their professional work, chaplaincy as a profession will remain on the margin of health care, and not be able to justify further investment of limited health care dollars to support its professional endeavors…Chaplaincy still lacks an organized, strong, unified, proactive and representative national voice.”

Source: The Rev. Walter J. Smith, S.J., Ph.D., from his 2012 COMISS Network (The Network on Ministry in Specialized Settings) Forum Address upon receipt of the COMISS Medal, its highest recognition. At that time, Father Smith was HCC President and CEO, a position he held from 1991 to 2013.

1. FACT: SCA is carrying out what thought leaders have voiced for decades.

SCA's innovative approach to standardize and modernize chaplain training, credentialing, certification, and continuing education incorporates the desires and issues raised by chaplains in the field and thought leaders over decades.

Given the fast-moving changes in health care, action was long overdue. It's well known that health care providers and payers are increasingly focused on value derived from quality outcomes. Chaplaincy care had not been able to demonstrate value because defined, evidence-based quality indicators and competencies did not exist (until now).

2. FACT: SCA is raising the profession to be on par with other disciplines, especially in terms of standardization and objective demonstration of competencies.

We greatly respect and appreciate professional chaplains and the work they do in providing meaning and comfort to patients and their loved ones, and their contributions to interdisciplinary teams. We are not saying they are not competent, and we are not questioning their vital role in health care.

HCCN has played a major part in education and requirements that have shaped the profession. However, we are saying that it is time to build upon the field's existing guidelines and research. Moreover, today's health care environment demands that chaplains be subject to uniform training and testing, including demonstration of clinical competencies based on current evidence.

3. FACT: SCA is basing its requirements for credentialing and certification on current evidence, and is opening the door to allow individuals to become professional chaplains through various pathways while ultimately demonstrating the required degree of knowledge and competency.

4. FACT: To ensure quality care of patients, SCA is bringing a standardized and evidence-based approach to the education and training of professional chaplains.

Over decades, thought leaders have had reservations about the current education of chaplains. For example:

5. FACT: SCA is not requiring faith group endorsement because it is not an evidence-based indicator of the person's competency as a professional chaplain who provides high-quality spiritual care regardless of religion or beliefs.

7. FACT: SCA is collaborating with many of the existing chaplaincy associations.

After introducing SCA in April 2016, we reached out to all of the chaplaincy and pastoral counseling membership associations in North America to invite them to collaborate with us in moving the field forward. Our goal is for groups with a vested interest in quality health care to weigh in on various issues, most especially on the advocacy front.

This push for collaboration is consistent with HCCN's well-established history of leading and funding major initiatives in the field. From research studies to course development, we have provided input and funding to other chaplaincy associations for decades. Most evident of this, under the initiative and financial support of HCCN, the Common Standards for Professional Chaplaincy were developed and adopted in 2004.

8. FACT: SCA recognizes that the essence of professional chaplaincy care is both an art and a science, and the SCA model incorporates both attributes of the profession.

Increasingly, all health care services are being judged ---- and funded ---- by the value of what they add to the system. The normal bar for proposing a quality measure is that it is evidence-based. That is why SCA has introduced:

An objective evaluation of a chaplain's competency of knowledge and care via both a standardized clinical knowledge test and a standardized patient exam through a simulated patient encounter, which will highlight a practitioner's communication and other skills and "human touch"; this two-fold assessment encompasses both the art and science of chaplaincy care.

Here is a two-page document that reinforces and supplements the above points. Also, you may find useful our recent report "Time to Move Forward ─ Creating a New Model of Spiritual Care to Enhance the Delivery of Outcomes and Value in Spiritual Care" which you can find here. 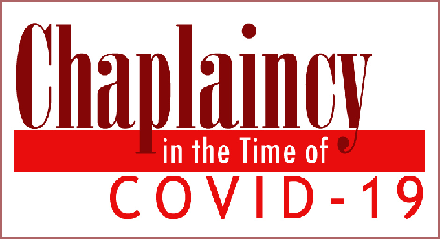 Chaplaincy in the Time of COVID-19 is a resource developed by the Spiritual Care Association to provide guidance, knowledge, and examples from the field to provide effective chaplaincy and spiritual care to those people who have been impacted in the Coronavirus (COVID-19) pandemic. Click here to download this resource. 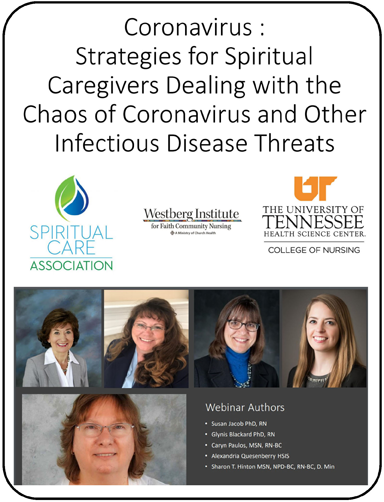